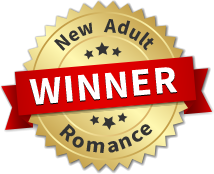 This story has entered

Braxton Merriweather always gets what he wants. Now, he wants her--Julia Thompson, the wife of one of his workers. From the moment he first laid eyes on her, he knew he had to possess her in every way.
When Jeff Thompson takes him up on the bargain he proposes, Braxton is shocked. He's even more surprised when Mrs. Merriweather agrees.
But now that he's had a taste of her, he wants more. How can he possess a woman who's already married to someone else?

Julia feels trapped by her marriage to her high school sweetheart. In the two years since they've been married, he's changed, and not for the better. When billionaire Braxton Merriweather shows interest in her, she's flattered. And intrigued. Is it possible that one of the richest men in the world could really want her?
And if so... what does she do about her husband?
The Billionaire CEO's Bargain is a sexy story for mature readers.

Love this story! I will check more of your stories later. May I know your email or any social media account that I can follow?

its nice story but i thought its free to read here in this app...just the same as the other app..needed points!!! huuuu.😡